skip to main | skip to sidebar

Two games made during my time at school. I made each game with different groups and I was by far not the only one responsible for making these. Please check the credits on the menu screen.


Both games are made with unity https://www.dropbox.com/sh/lm14nurel1zsy5r/oa7SgFkuRY
The game is labeled 'On Air'
(The code isn't stable after being loaded to Dropbox; not all the NPC enemies animations load)

https://www.dropbox.com/sh/lm14nurel1zsy5r/oa7SgFkuRY
The game is labeled 'BBB'

(This is a puzzle game, so look around for clues)
(The code isn't stable after being loaded to Dropbox; the NPC enemies glitch often. Just keep clicking on them they will disappear, and are a small part of the game.)

A Short DemoReel quickly showing all from of animation
Posted by EP at 9:37 PM No comments: The Amber Diceless game.
The RPG game based on "The Chronicles of Amber" written by Roger Zelazny
[link]

My characters Name...Dice. (Because the game needed some sort of dice)
The big picture is his trump card
Top right world his home plane/Shadow.
The world with the '?' an idea I had for a Shadow/Plane I made later in the game; It took warriors from other Planes/Shadows for my own army
Bottom right: his main weapon
Posted by EP at 8:59 AM No comments: 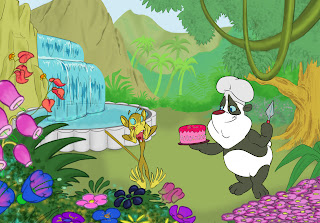 Something I did for an art test.
Posted by EP at 9:57 AM No comments: 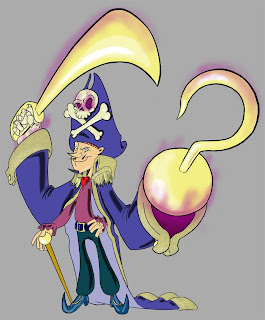 Get it? π? pirate? Ah-whatever...Trying photoshop for the first time in a long~long time. I think I need more practice. The Lines look awful and the purple smoke could have been better.
Posted by EP at 9:53 AM 1 comment:

How I Calculate πrate 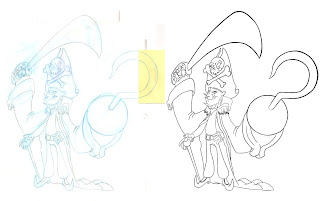